3000 Hours of Lord of the Rings Online 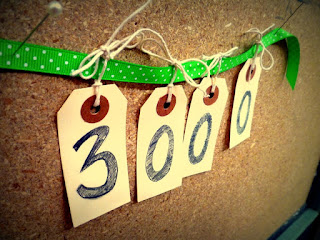 This past Thursday, August 24th, I hit 3000 hours of gameplay in LOTRO. To commemorate this milestone, this blog entry will list many of the things I have done in that time: things I remember, things I don't-quite-remember, and whatever dumb facts I can pull out of a hat on Bingo's hatrack.


I began my adventure on June 7, 2012. This means I have been playing for 5 years, 2 months, and 20 days, OR I have been playing for 1907 days. 3000 hours divided by 1907 days means I have played an average of 1.57 hours every day. Considering that I took a year-long break to play RIFT and be a guild officer, that's still pretty dedicated of me. And overall I can't complain since RIFT is how I met my husband. 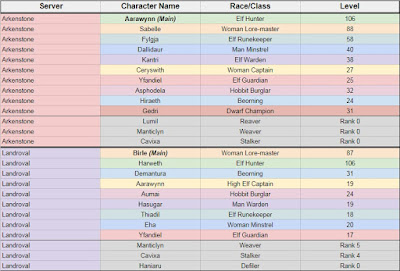 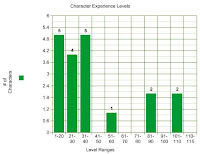 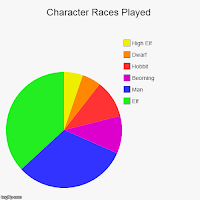 Look at those beautiful charts and colors! On the Arkenstone server, I have 10 Free People characters and 3 Monster characters. On the Landroval server, I have 9 Free People characters and 3 Monster characters. I have played every race and class at least once. Elf is my favorite race, hunter is my favorite class. Dwarf is my least favorite race, champion is my least favorite class -- I prefer ranged abilities and unique skills. I have a character in each crafting profession on both servers. I try to keep up with it, but it gets awfully tedious.  I attempted to play Monsters on Elendilmir (before moving to Arkenstone), but the other Monster players were snobs.

Celondim is my favorite starting area, Archet is the bane of my Middle-earth existence.  Aside from my obsession with Rohan, my next favorite region is Forochel (that SKY, and the moose!). The regions I hate most are Angmar and Mirkwood (you'd hate them, too, if you only played solo/duo for 4 years).

My favorite expansion is Riders of Rohan. ❤ Since its release I have gone to the trouble of buying premium mounts for the majority of my characters JUST so they can have nice-looking war-steeds from the start.

I have a mount-hoarding problem. Arkenstone Aarawynn used to collect every single festival mount until my break from the game. She's collected more since returning. She would have more if I could afford more Mithril Coins. Don't judge me. (If you make a donation on my Extra Life page, I'll tally up how many mounts my characters have combined!)

I hate player music and keep it muted. I don't need to hear your badly-transcribed modern music in my Middle-earth haven from the real world, thank you. I think the music system is neat, but it'd be nice if most of the music was within the lore and not so abrasive. (So no, Breg -- I haven't been rickrolled in Bree. An ounce of prevention is worth a pound of cure!)


My favorite NPC is Corudan, the Elf from Lothlorien that joins you in the Epic from Great River through Rohan. His cheeky commentary about the other NPCs is awesome. My least favorite NPC has got to be the majority of the dwarves in Moria. Idiots can't get themselves out of a wet paper bag. 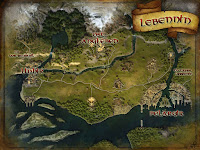 The furthest I have quested in the game is with Arkenstone Aarawynn, who is presently in Lebennin of Central Gondor, just past Linhir and doing quests in the Ruins of Ethillorn.


While it's nice to now have a great kinship to run content with (Away Shall Fade on Landroval), I find the raids/instances/skirmishes/big battles to be pretty bland. SSG could learn a thing or two from Trion about group content and the storylines that make them fun. (Hammerknell? Infernal Dawn?)

I enjoy festivals as long as the cost for things I want isn't a ridiculous grind. It's ironic that the casual players are the ones that enjoy the festivals most, but the token costs for items necessitate a grind most of the time! The Harvest Festival with the Haunted Burrow is my favorite, with Yule close behind it.

I could ramble on forever here (I mean, I have spent 3k hours in this game), so I'll leave it to the comments if you want to know anything else! If you enjoyed this rambling, nerdy entry, please consider supporting my efforts for Extra Life -- every donation helps a child!

Posted by Gamer Reverie at 4:41 PM No comments: