We'll Take a Cup of Kindness Yet, For Auld Lang Syne 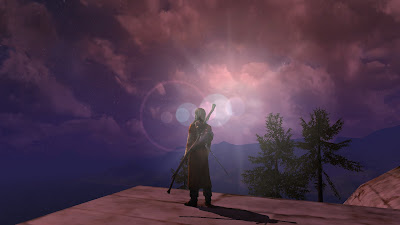 Somehow, it's been nearly a year since I began this crazy idea to blog about my gaming for Extra Life. I wasn't consistent, and I often had to put my daily real-time needs first (often, that involved passing out for an early bedtime or spending time with my husband). My blog content hasn't been terribly thought-provoking, either -- but I didn't promise it would be. That banner at the top of the page? Yep. I'm still just a terrible gamer playing games to help sick kids. Nothing more, nothing less.

My original fundraising goal for 2017 was $1,000, but I felt discouraged by a lack of donations in the first half of the year and set it back to a modest $500. This meant that I reached my goal, but it's left me feeling rather like a sellout. In 2018, I'm going to set my goal at $1,000 again and I'm going to keep it there. I still won't be able to do any streaming, but I think I'm okay with that.

Before I left Florida, I almost felt a work-like obligation to stream regularly. I was determined to provide a quality stream and I put a lot of my time into the presentation and planning which games I should play. While it was enjoyable, I also think that was bad for me. Y'see, if it isn't obvious to you handful of readers, I rather like my games. I think because they weren't readily accessible to me growing up that I've developed an unhealthy attachment to them in my adulthood. I've bent the habit to a good cause with Extra Life, but the sheer number of games at my disposal is just the other side of ridiculous.

That being said, I'm going to put forth the effort to make solid, well-written blog entries about my gaming in the coming year -- not just to promote Extra Life, but to keep my writing skills sharpened. I'll need help from those of you who read my blog, too. I need you awesome people to start leaving comments. Start up conversations about what I've said, or something you're reminded of by reading the entries. I moderate the comments to keep trolls away, but it doesn't mean I don't want you to say what you want. So this coming year, please let me know what you think about this blog and its entries!

Officially, thank you to all of the kind and generous people who donated on my Extra Life page this year. You helped me raise $533 for the kids at Children's National. I hope you'll help me again in 2018!

I suppose I should mention that I've rounded out my game collection with some more games thanks to Christmas and the Steam sale, so I should be able to offer a little more diversity in my blog entries. Should. We all know I have my favorites. (Don't think at me in that tone of voice -- I'm sure you have your favorites, too!) What do you think I should tackle this coming year? What did you hope to see this year that never came to pass? Let me know in the comments!

Have a safe and Happy New Year, everyone!

Tis the Season for Winter Festivals 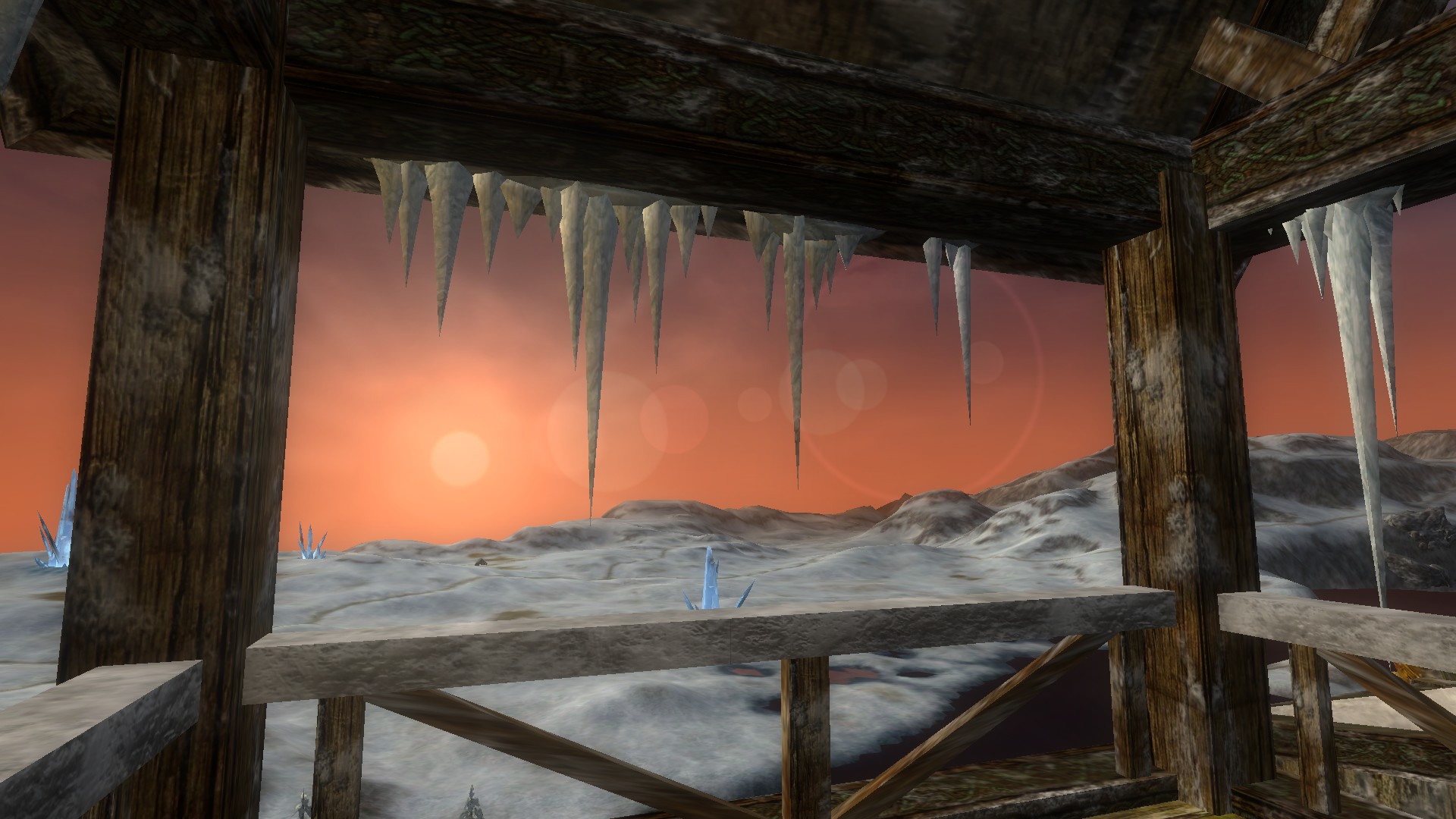 I'm behind already, but that doesn't mean my handful of faithful readers have to be! I only play a handful of MMOs (and not even all the ones I would like to -- it's hard to keep them all patched), but I decided I should share the dates, times and various details about the upcoming (or in-progress) winter festivals in the games I play. 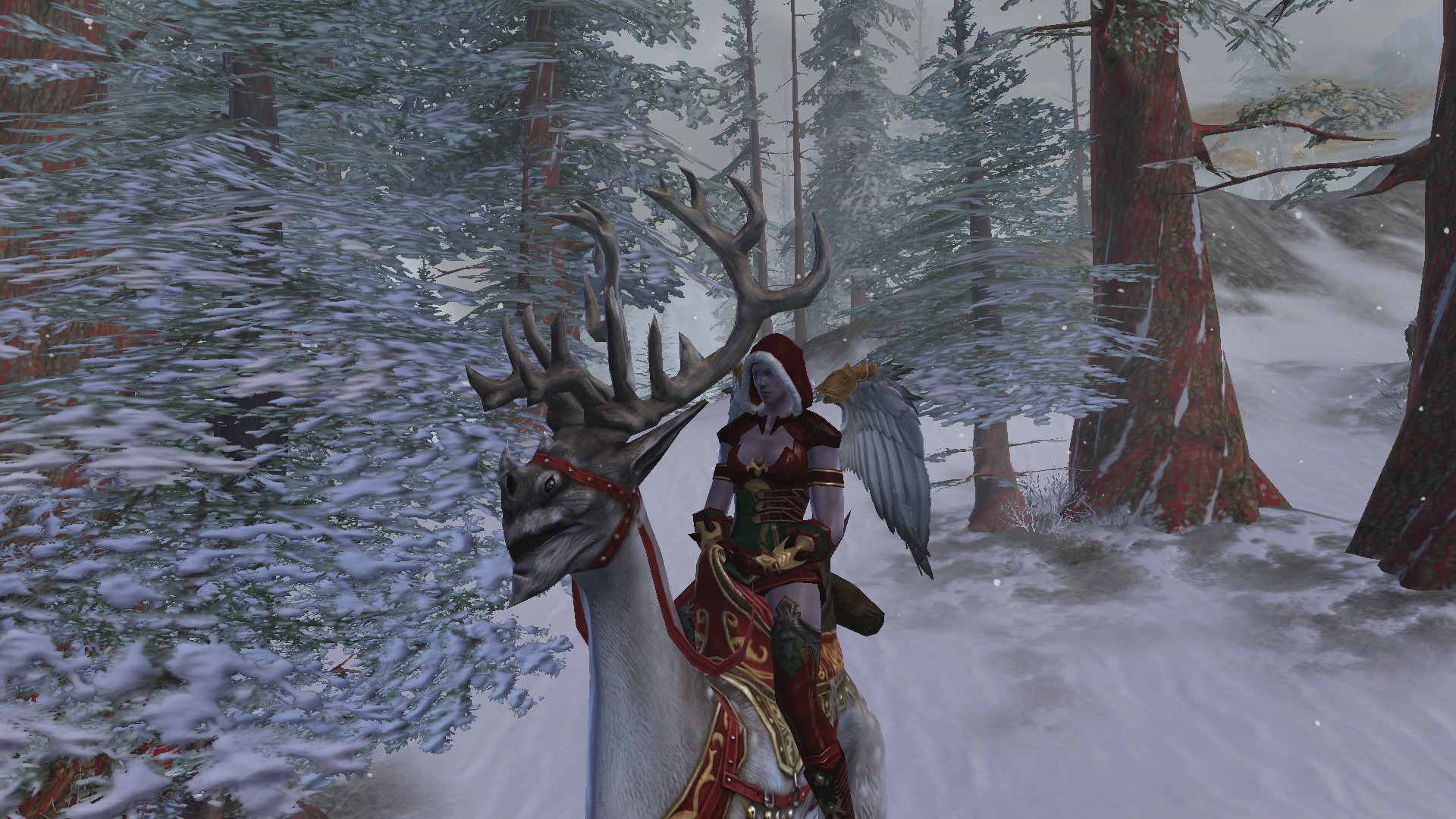 
This one has been going for a week now, but you still have another 3 weeks to grind away for rewards. Admittedly not my favorite winter festival in a game, there's still plenty of fun to be had. I particularly enjoy sledding down a hill in Iron Pine Peak, hitting as many snowmen on the way as I can. The fact that you can just keep doing this one over and over is a definite perk. For the completionists among you, I have bad news: unless you grind every single day of the festival and get really lucky, you probably aren't going to get all the achievements done without spending some credits (and real money, by proxy). I'm hopeful I might finally earn the Snow Kirin mount this year, but it hinges on some acquiring of festival pets and then some.

This guide can help you if you're stuck or lost, and it's not missing much even though it's 2 years old (all the games recycle their festival content anyway and simply update the rewards).

Additionally, RIFT has a rather nice Festive Fae Yule Pack this year -- if you compare the cost of the items in the store to the $19.99 it costs, it's a fantastic deal. I recommend it to those of you who don't have the included souls unlocked yet. You won't find a better price for them! And the booster is nice if you're tired of the leveling grind. (Trion, a pox on you for ruining the way we used to get through that last stretch of levels before 65. It's now torture. You hear me?!) 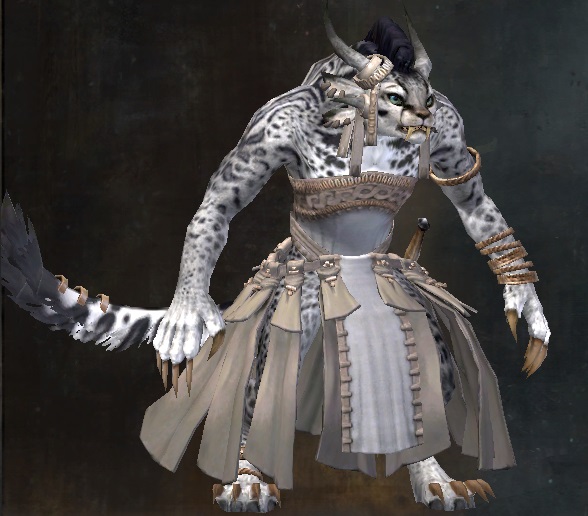 Yes, that's a picture of my Charr character, Seda Ashreaver -- and yes, she's wearing the wedding outfit. Deal with it.

I don't actually know anything about the GW2 winter festival, but I read something about... Toypocalypse? I dunno. It's a fun game in the first place, just a pain to keep patched with my limited data. I imagine if you visited some of the mainstream game info websites you'll find out more than what I can provide! Still, it's on my list because I enjoy the game -- and I miss it! It began yesterday, so there's plenty of time to get some goodies. 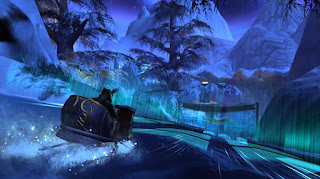 The main attraction for me is the Twilight Run (pictured). You go racing down an icy pathway, sliding around, and you have to beat other racers for bonuses along the way. The really fun part is that there's a window of time when the race is active (they rotate the active events so you are competing against other players) and you keep racing as long as the event is up so your score keeps going up. Top score gets the best loot. It's tough at first, but once you learn the tricks it's a lot of fun.

There's also ice fishing/fighting off undead, then an all-out assault area where you rack up points based on the enemies you take out, plus stargazing for fortunes, and a daily gift. There are also gifts you can spawn for your friends to gather up. I did the grind in this festival a few years ago and earned the adorable Fawn of Shiallia companion which is great for healing you when you're playing solo.

This is my second-favorite winter festival not just because of the loot and bonuses, but also because the area for it is beautiful. If nothing else, check out the atmosphere! 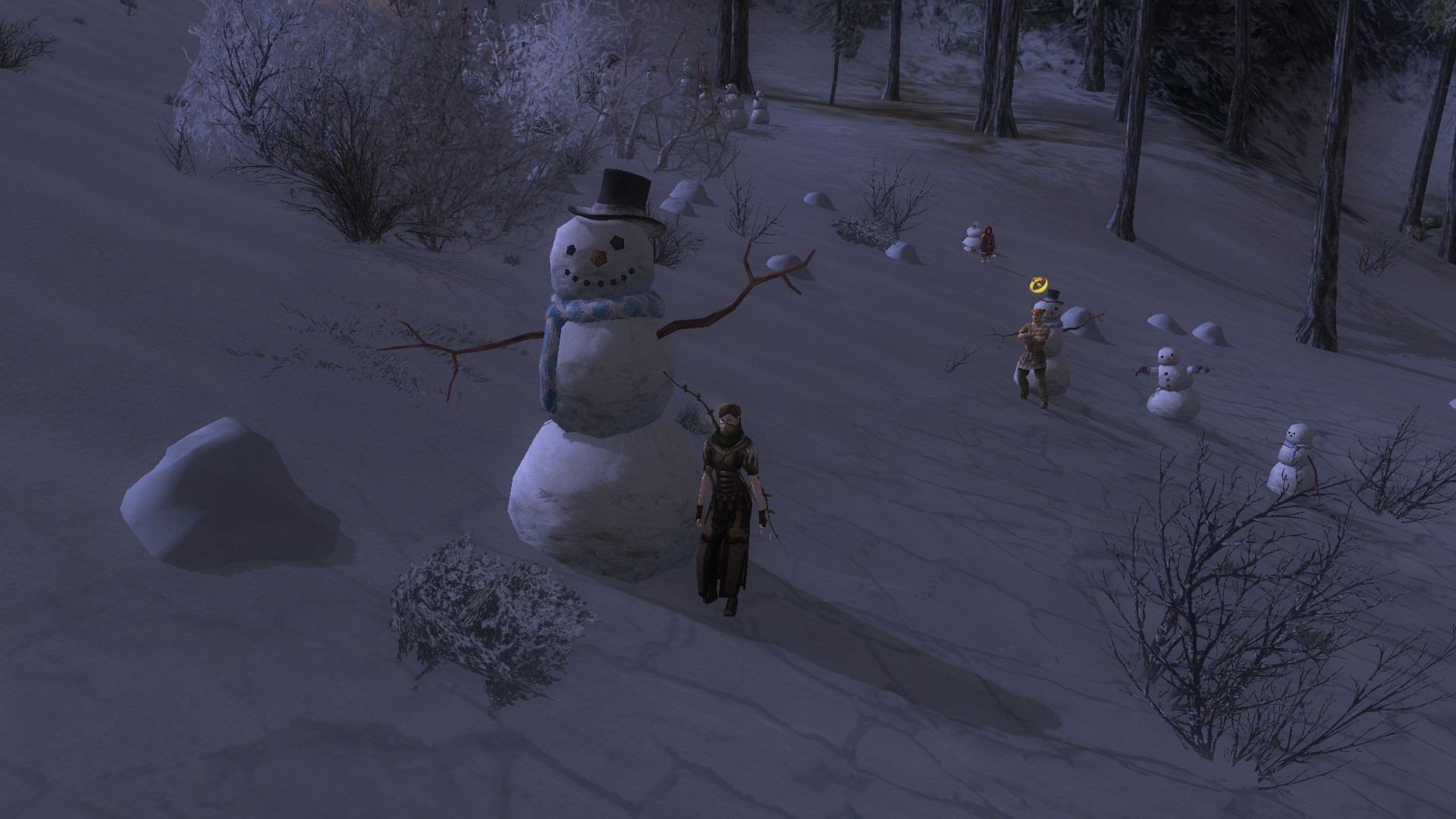 Do you wanna build a snowman? (Ugh, I hate myself for even making that reference!)

Well, you can in LOTRO's Yule festival area. You can make several of them if you only first go and collect the items you need to decorate them with. There's also cleaning up messy tables, defeating icy grims, chopping wood trolls, snowball fights, playing an extra in the theater, eating contests, picking pockets, setting off fireworks, and uncovering the political plot in the wintery tourist town. There are also Yule quests to do back at the main starter cities for the original four races (elf, dwarf, hobbit, man).

Did I mention the XP is fantastic? And did you hear they mentioned having a Winter Elk Mount as one of the festival rewards? Incentive! This festival is my favorite because even though there's a grind, it isn't difficult and most of the tasks are still pretty fun!

Posted by Gamer Reverie at 10:45 PM No comments: