Walking Into Mordor and Other Likely Diversions 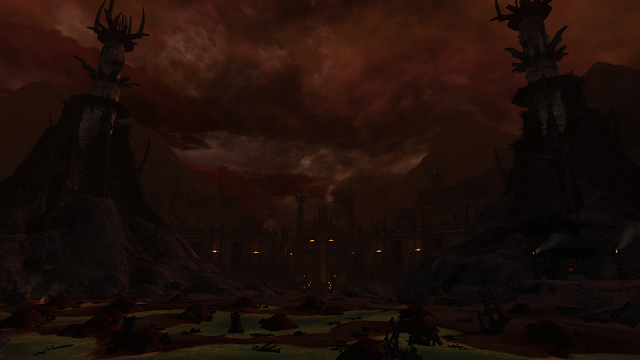 You can, in fact, simply walk into Mordor -- you just have to finish Epic Quest Vol. IV, Book IX first. Then you can stroll on down through the broken Black Gate and start some extremely tedious questing in Udûn...


Um, hi. It's me again. No, this certainly isn't a blog entry about Darkest Dungeon or Child of Light. Nor is it about the $200 Milestone Incentive game, Dead Mountaineer's Hotel...

Darkest Dungeon on the PS4

So, I only took my little adventurers on the very first expedition before I needed to take a break. The controls for the game on the PS4 are very... non-intuitive. I lost my momentum quickly and kept telling myself I'd get back to it in time. But then I also needed to let my husband play his games (Dark Souls Remastered and Fallout 4, among others). I gave in to the little voice that told me to play something else. It whispered sweet nothings about festivals and Rohirrim. I have no shame.

However, I do feel vindicated. This past weekend my husband decided to sit down and play Darkest Dungeon. He soon suffered the same aggravation I did with the controls -- so much so that he went and repurchased the game on Steam to play on his laptop. So, I will eventually post that blog entry about it (the June Feature Entry: PTSD Awareness Month)... but you have to understand what this hurdle was like. 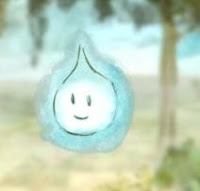 When Child of Light first came out, I quickly discovered it was much easier to use a controller. At the time, I only had a nice little Steelseries controller meant for PC. It was easy enough to set up the x360ce application to make my games think it was an Xbox controller. When I intended to play Child of Light again for my blog entry, I went to set up x360ce files in the game's folder like usual... but something just didn't work right. I tried every configuration I could, even following other people's directions via Google search. Nothing stuck. I became so frustrated that I just... stopped trying to solve the issue and ignored it instead.

But this past weekend I apologized to my Steelseries controller and fired up DS4windows, plugging in my PS4 controller. It works, so I'll be able to play more and get that blog entry (the July Feature Entry: World Watercolor Month) taken care of.

My level 115 lore-master in LOTRO made it through all of Gondor (I LOVED everything about the battle to save Minas Tirith!), and I began my foray into Mordor as mentioned above.

Spoiler alert: So far, I really think it sucks...

Granted, I'm only in the first region of five, and I've been questing by myself when the area is meant for groups. I don't mind running group content with other players now and again, but I enjoy questing by myself through areas. Mordor is really going to cramp my style. In fact, it's tempting to not do it and just jump ship to Strongholds of the North. I probably shouldn't, though.

I haven't even imbued Birle's legendary items. I've never imbued anything, actually -- not even on my main on Arkenstone. I don't understand the process and don't want to make a mistake when you can't just say "lawl, jk, reset them points and lemme try again!" Now it's more like taking a deep breath, cringing, then screaming "YOLO!" and hope you did it right. I don't understand how people wanted this permanency with the legendaries when Moria was first released. Flexibility lets you figure out what works and to also adapt your play style. But I guess if I want to actually do any worthwhile damage I'll have to bite the bullet with imbuement.

On the positive side, my husband is checking out LOTRO again and learning to play without me just dragging him around like I did last time. Yay!

Been plugging away at the HD version for PS4 for an hour or so at a time. I'm currently hunting down the missing canine warriors for Princess Fuse. It sure is awesome that I started collecting demon fangs from the start of the game, too -- I was able to pick up the handful of special items as soon as the Fang Trader became available in the forest (Lucky Cat, Peace Bell, and Wood Mat).

I'm determined to finish everything in the game -- especially collecting all of the Stray Beads!

My Secret... of the Magic Crystals

When I didn't feel like doing any of the above recently, I reinstalled a guilty pleasure game. It's one I only play for the DLC, because it's silly fun. Don't judge me. I have a lot of fun winning the horse races in Secret of the Magic Crystals.

So, yeah. I know I'm behind... but I've got plans to get caught up! And hey, if you guys start donating on my Extra Life page... I'll have no choice but to catch up or feel eternally guilty! I can't stand feeling guilty! You can motivate me and help me be a hero for kids at the same time!

Posted by Gamer Reverie at 7:16 PM No comments: