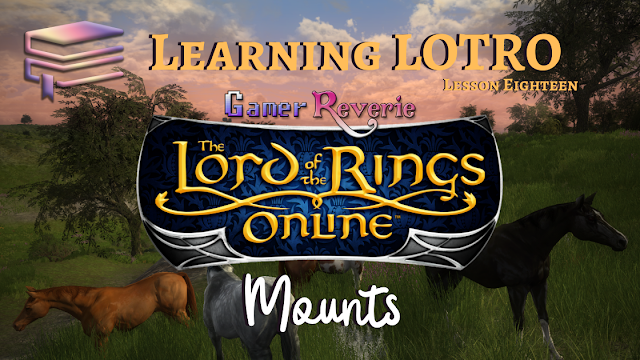 What do horses, goats, and elk all have in common? They're all types of mounts in The Lord of the Rings Online! In this entry, I'm going to explain how you learn to ride, what extra features are available for mounts, and how to acquire your own herd of mounts to ride in-game.

Nobody knows how to ride when they first make a character in LOTRO. (Which seems kind of crazy if your character is a High Elf who is supposedly VERY old, but... we'll overlook that!) In order to ride mounts in the game, every character has to acquire the Riding Skill. There are a few ways to do this:

This skill is required to ride your character-owned mounts in the game, as well as the festival race mounts. Without the skill, no quest ring will appear over the festival race mounts. The only exceptions are for mounts obtained from whistles/crumbling whistles that have timers on them and expire, or the starter steed given to VIP characters that is slower than regular mounts.

Learning to ride a mount in-game is a fantastic improvement to running everywhere, but what if you want to ride... faster? There are two options for that. (Technically three, but we'll get to that later.)

Types of Mounts & How to Acquire Them 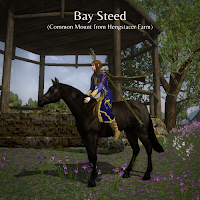 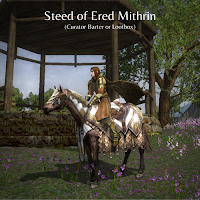 Common: These are basic mounts you can purchase at Hengstacer Farm for in-game coin.

Barter: Various barter vendors offer mounts for unique barter tokens (and there are way too many to list here). 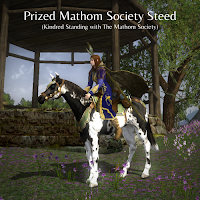 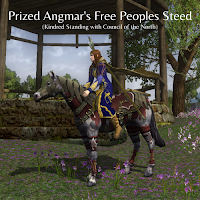 Reputation: By reaching a particular level of notoriety with a faction, you can buy or barter for unique rewards -- including mounts. 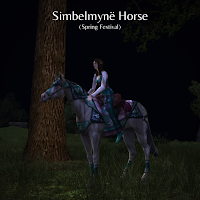 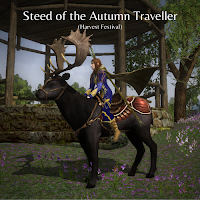 Special Event: There are regular festivals and celebrations throughout the year in which you can earn barter tokens specific to that event. Usually there's a new mount for each event every time it comes around (but not always), and you can buy older years' mounts for Mithril Coins. 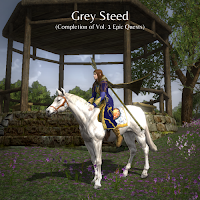 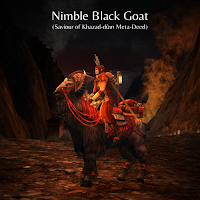 Deed: Some deeds reward you with a mount when you complete them.

Quest: Some quests reward you with a mount when you complete them.

Meta-Deed: A laundry list of deeds can be completed to finish a Meta-Deed, and some of these reward you with unique mounts. 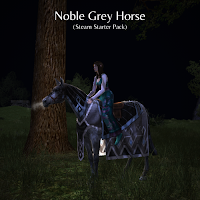 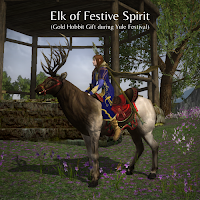 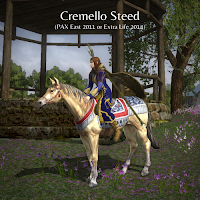 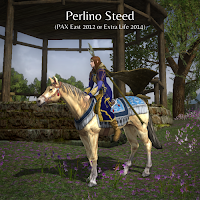 PvMP: Free People (non-monster) participants in PvMP can earn a couple of unique mounts based on their acquired Rank in PvMP.

Promotional: Some mounts were given away as bonuses for pre-orders, as thank-you items for charity donations, or simply from attending an event where LOTRO made an appearance. These are harder to come by than any of the other mounts. 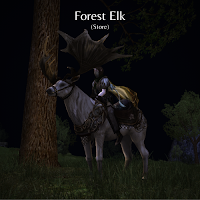 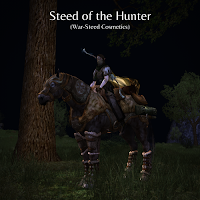 Store: There are a variety of mounts only obtainable from the store, and many of them also come with a set of war-steed cosmetics.

War-Steeds: This is a type of mount acquired through the Epic quest line in Rohan, which isn't available until level 73. (And the cosmetics for them aren't available in the Store until level 75.) They can be customized in appearance through a cosmetics system similar to that of characters. There will be an entry about Mounted Combat in the future, which requires a war-steed.

Not sure how to see your mounts or see what mounts are available? I gotchu.

There are a couple ways to get to the Mount Panel. You can either click on the Skills button of your Character Window, then on the Mounts tab -- or you can use the menu button at the corner of your skill bar to navigate there. Optionally, you can open the Collections panel to see all of the mounts available in the game (almost 200!). When you click one of them, you get to preview it in the top left box and text will appear below it to tell you how it can be acquired. Additionally, there's a section of checkboxes so you can filter all of those steeds. 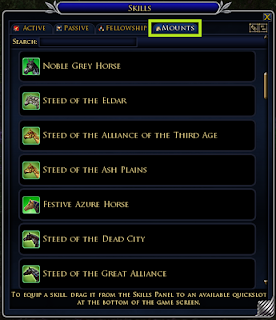 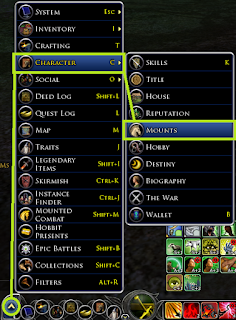 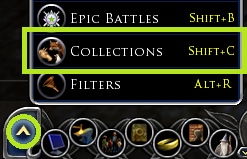 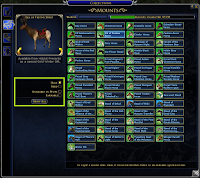 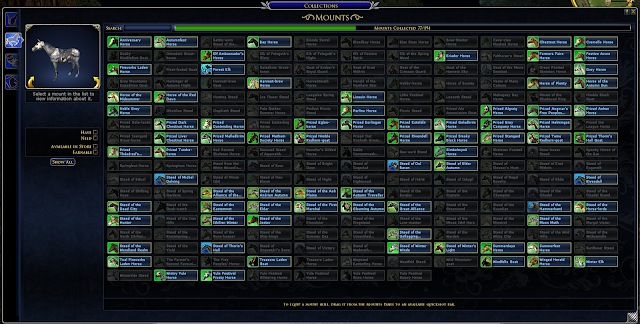 Mounts from the Away Shall Fade Kinship (Landroval)

I asked my friends in the Away Shall Fade kin on Landroval if they'd share some pics of their favorite mounts. Many thanks to Vorsicht, Rinri, and Oz for sharing these! 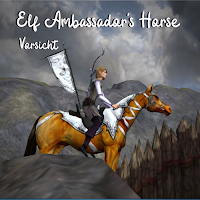 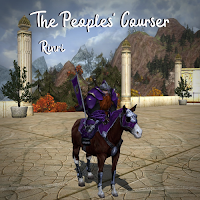 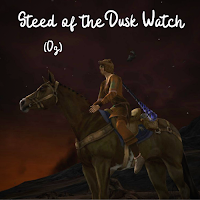 While I am passionately opposed to the glaring, gigantic housing area that is bigger than Edoras in Rohan, there are some new housing hook types coming with the two Rohirric housing areas later this year (when Helm's Deep launches on the Legendary servers). One of the hook types is a type of hitching post that will allow home owners to display their favorite mounts. It doesn't say how many, or where, or if there are any restrictions, but that is a promise that's been made which mount fanatics can look forward to (if they are also housing fanatics).

Was this entry helpful? Let me know! The series continues next Monday!

Want to get early access to the WIP content and help shape the series moving forward? Join me on Patreon! I have 4 slots left in The Fellowship! 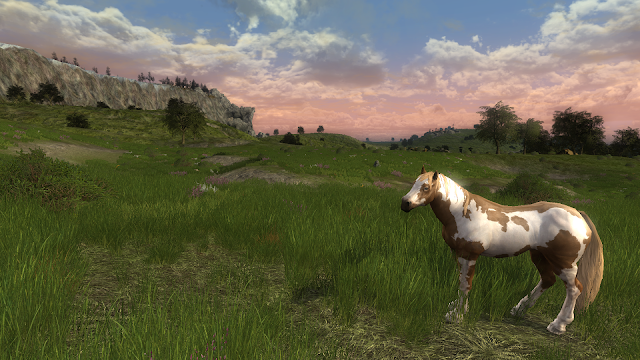