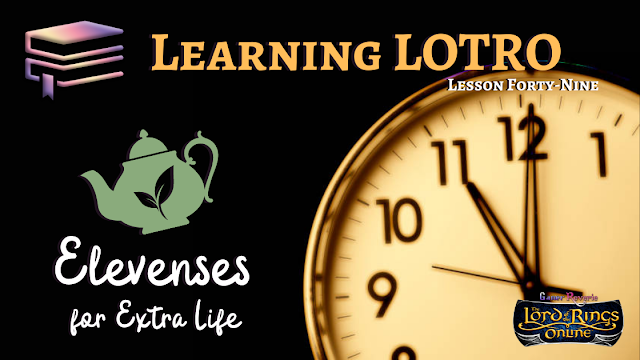 When it became apparent to me last year that I was likely going to pass my initial Extra Life goal of $1,000, I began making stretch goals. The easy choice for $1100 was Elevenses, which every good Tolkien nerd is familiar with -- along with a lot of other people around the world. For this special entry of Learning LOTRO, I share a bit of knowledge about Elevenses and consume some traditional fare as well!
Special thank-you to: Everyone who donated to my Extra Life page in 2020. Without you, this entry wouldn't exist, and hundreds of kids at Children's National in D.C. wouldn't be benefitting from your generosity. Thank you for helping me to be a hero for the kids!

The History of Elevenses 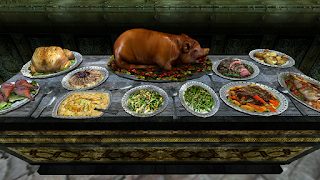 The concept/meal of "elevenses" is actually quite new, originating in the 20th century. The easiest description of it is a mid-morning break that often consists of tea or coffee as a beverage, and sometimes milk, cocoa or juice depending on geographical location. Kids in the United States get a variation of elevenses when they have their morning "snack time" at school. Snacks for this break vary by location, but can range from anything like breakfast sandwiches to pastries to cheese & crackers and even fruits.
But to find the beginning of elevenses, you have to look into the beginning of tea times in general.
The first was afternoon tea -- also called "low tea." Despite the name this is actually the big social affair with fancy finger sandwiches and bite-sized desserts that we here in the States envision when someone says "tea time." Originating in the 1830's or 1840's, it was customary at the time for the upper class to have a light lunch around noon and then dinner no earlier than 7:30 pm. It's said that the Duchess of Bedford found herself having hunger pangs one afternoon, so she ordered tea and snacks to her bedroom. Satisfied with this, it became a habit -- and it soon spread to her friends. It acquired the name of "low tea" because the ladies would sit in low armchairs.
Later in the same century, and for similar reasons, the lower class began to have a tea break right after they got out of work. They had a variety of meats, cheeses, and pies (substantially heartier food than the upper classes!) and would sit at proper dinner tables, giving it the name "high tea." 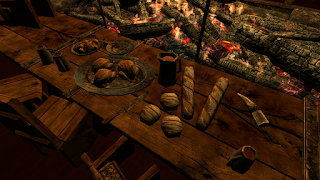 As tea breaks became more ingrained in society and social customs, it was adopted into the mid-morning work break and has since spread to other countries through influence or colonization. My sourcing for this information comes from Wikipedia, so if you hail from any of the listed places please feel free to correct anything that needs it!

Elevenses with snarkqueen (that's me!)

So here is my delivery of proof that I had myself an Elevenses for Extra Life! 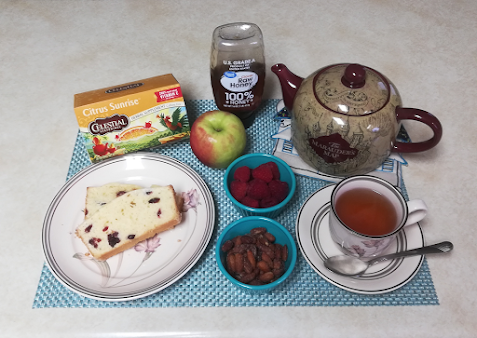 Bilbo's Tea Cake
This was really easy to make and also VERY tasty! It's half gone already. Will be making again! It has lemon zest and juice, as well as dried cranberries and a lemony glaze.
Tea
I don't do loose teas mainly because nowhere around here sells it in any variety. I have always loved Celestial Seasonings, and I thought their Citrus Sunrise tea would pair nicely with the tea cake. I also never use sugar or cream in my tea -- just some honey to sweeten it. (And yes, that is a Marauder's Map tea pot I got a couple Christmases ago.)
Fruit
A tart apple and fresh raspberries! I wanted to go with grapes and strawberries, but after a week of ice, snow and temperatures in the teens I couldn't exactly be picky about what was available in the store.
Nuts
Almonds -- specifically salt and vinegar flavored. They added a nice balance to the rest of the sweetness.

I have registered for 2021! If you enjoy Learning LOTRO and all that I do with Gamer Reverie, consider supporting my fundraising efforts this year. I play for Children's National in D.C. and I'll probably join the LOTRO team later in the year when they set it up, like last year. I don't have any incentives lined up yet, but this includes what I still have to deliver on for last year.
Click here to visit my Extra Life page!

What would you (or do you) have for Elevenses? Let me know in the comments or tag me @spottedsnark on Twitter with a pic! 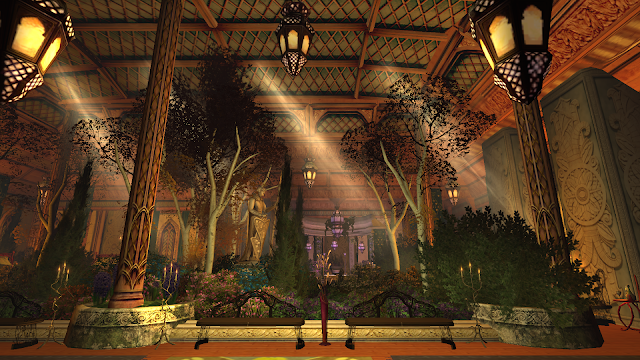