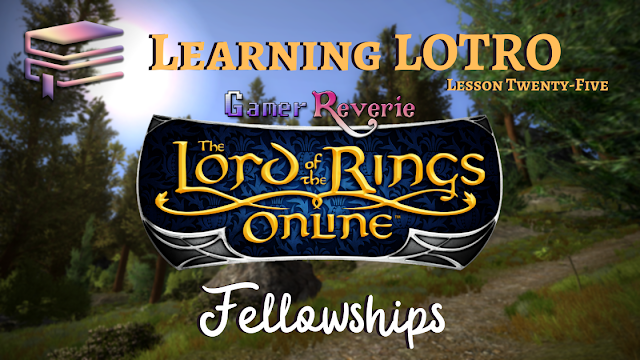 If you're familiar with the works of Tolkien, you know all about The Fellowship of the Ring: the 9 companions who left Rivendell together on a journey to take the Ringbearer to Mordor in order to destroy the Ring of Power in the fires of Mount Doom.

If you're not familiar with the works of Tolkien, then the easiest way I can describe a Fellowship is a Group. In most MMORPGs, you group up with other players in order to tackle dungeons which require a specific number of people. For whatever reason, that number in LOTRO is 6. 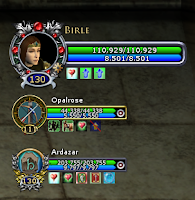 The LOTRO wiki defines a Fellowship as a group of up to 6 players created to quest and explore Middle-earth together. It is a temporary group that dissolves when all of the members log out. You can tackle most of the game in a Fellowship with exceptions of quests marked as Solo (1), Small Fellowship (3), or Raid (6-24).

Who: Anyone can
What: Invite friends (or strangers-who-might-become-friends) to Fellowship
Where: From your friends list or in any chat channel, no matter if you're far away from each other
When: When you can't accomplish something solo, or you simply want to do something together.
Why: So you don't end up in a rez circle every few minutes?
How: Right-click on people's names from your friend list, kin list, or in a chat channel -- the drop-down menu will allow you to invite them to a Fellowship (as long as they aren't already in a group).

There are a lot of these in the game. If they occur in the Epic quest line, you can usually opt to do them solo and receive a buff during the instanced quest that will boost your Power and Morale temporarily to compensate for the lack of other players. The developers did this so that nobody is "stuck" being unable to progress in the game. You can, in fact, play all of the game solo if you want to -- but you would miss out on all of the group instances and raids that pack a punch.

I didn't get to run any of the group content until joining a kinship 3 years ago, and wow what a difference! If you don't have a kin that's running group content and you want to join in on it, you can usually join others via the Looking For Fellowship channel (more on that below), or you can find a kinship that runs that content on a regular basis.

You can also find others to quest with via the Social panel. There is a tab called Fellowing which has two parts: a "Who" page, so you can see everyone who's online (and hasn't checked the Anonymous box like I have) and most of their details; and a "Quest Grouping" page where people share their current quests and invite others to help them. By and large, the Fellowing tab isn't used very much for its intended purposes. It is mostly exploited in PvMP to see who's where if they've forgotten to make themselves Anonymous. 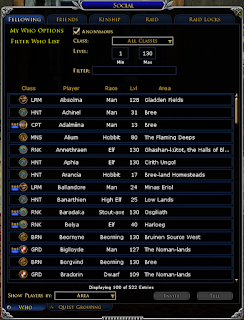 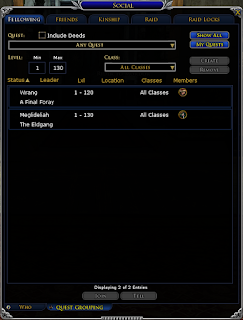 For the most part, there's no wrong composition for a Fellowship unless you're doing end-game content that requires specific tactics to complete. A good balance, however, is to have the four types covered by the members in the group:

Tanking: In MMORPGs, tanking means to keep the enemy focused on the most durable class so that less damage is done to "squishy" classes.

DPS: Short for "damage per second," and often interchanged simply for damage-dealing classes or roles whose primary function is to deal damage.

Healing: Classes whose primary role is healing are going to be your best healers, putting out more healing than those who can do a little or sometimes heal.

Buff/Debuff: Some classes can give buffs to others in their Fellowship, and sometimes the whole Fellowship if they are within range (such as the running speed buff from Hunters). Other classes specialize in putting debuffs on enemies, to hinder or disable them and make it easier for the DPS classes to inflict damage.

Crowd Control: Some classes have abilities which affect large groups with area of effect (AOE) abilities. Lore-masters are the best at this, and Hunters who trait the yellow line can also help to some extent.

Pets: Captains and Lore-masters are Pet Classes, meaning they have a companion they can summon who can assist them in combat in various ways. These can be instrumental in serving specific functions in a group -- sometimes a Lore-master's bear companion can even be used as a Tank!

Your character class determines which of those roles you can fill when in a Fellowship, further determined by which Trait Tree you have invested in.

I don't necessarily recommend using the LFF chat channel. Some people have good luck with it, while others see it as a more toxic extension of World Chat. It all depends on who's online at the time and what's going on in the game. That said, you can try to use this channel to find people to group up with, or often there will be groups advertising their need for specific classes/levels to run content. 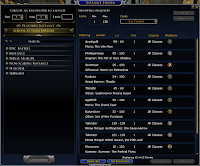 There will be more on this later, but to launch group content you will most often use the Instance Finder. This lets you find other people who are running instances as well as set your preferences for launching your own.

There are a variety of types of group content found here, and I promise to talk more in-depth about them at a later time!

Special thanks to some Landroval players (Away Shall Fade kinmates): 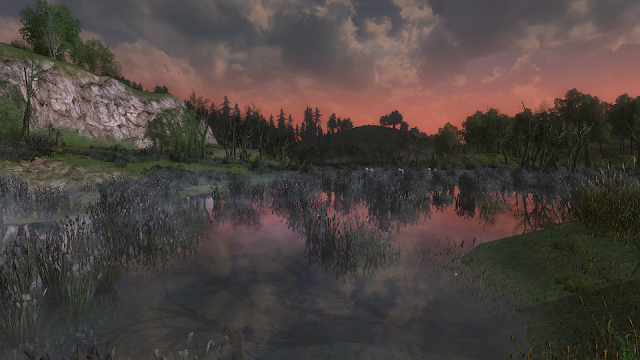