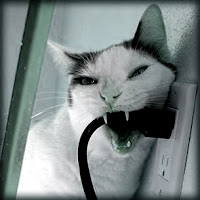 I went to college for English/Creative Writing and minored in instrumental music. I have a spoiled cat named Athena. I have lived in five different states: born in Connecticut, raised in Vermont for 17 years, 2 years of college in upstate New York, 12 years in Florida, and 4 years (so far) in Mississippi. I have been happily married for most of those 4 years to a fellow gamer.

I grew up pining for the video game consoles my cousins and friends had, grasping at the fleeting opportunities I had to play them while visiting or hanging out. I was eventually gifted a Sega Game Gear, but limited to a select handful of kid-friendly games. I was eventually able to break into tepid PC gaming in high school and college. My first PC game was Lords of Magic: Special Edition, courtesy of my dad.

A former boyfriend addicted to Skyrim is what first prompted me to sign up for a Steam account in 2011, as it seemed the only way to communicate with him through the fog of Elder Scrolls obsession. This resulted in my exposure to more games, including The Lord of the Rings Online the following year, which in turn led me to the Extra Life charity -- and that led me to RIFT and my husband!

Since then, my gaming has branched out to touch many genres, none of which I am any good at (though my husband says I am best at MMOs). Being limited by the internet options where I live, I'm unable to stream games on Twitch like I used to, and that has led to this blog. I know it isn't as exciting as watching a live stream or video, but I hope you can enjoy it all the same!


A Gamer By Any Other Name

I hadn't ever had much of an internet handle when I first signed up for Steam, and the only person I actually intended to speak to via the client was my Dovakiin (now-ex) boyfriend. As a result, my account name is actually my super-ancient AOL screen name that no longer exists, which was just a bad combination of my initials and a word. I randomly came up with the display name of 'snarkqueen' because my friends often said I was snarky. It isn't a terribly good name, but there it is.

I am also known by a variety of other names online:
Second Life: Koterie Itoku
RIFT: Kantri or Fylgja (Faeblight)
LOTRO: Aarawynn (Arkenstone) or Birle (Landroval)