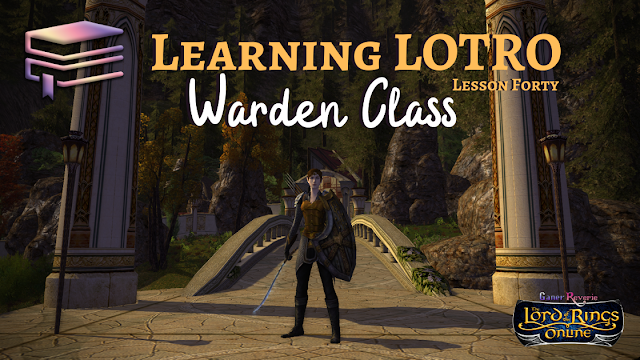 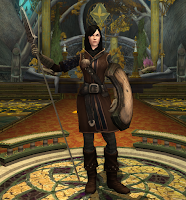 It's time for the tenth and final class-focused entry in the series! Today we get to talk about the Warden class! (Finally. Sorry for such a lengthy delay, friends.) Available to elves, men and hobbits, this class is based on Haldir, the marchwarden of Lothlórien, and his brothers Rúmil and Orophin. I had to, of course, end the class entries as I had begun them -- as an elf. This class was introduced with the Mines of Moria expansion, and otherwise costs 795 Points in the LOTRO Store, even for VIPs.
This class is labeled as Advanced with good reason! If you are not the sort of gamer who enjoys stringing combos together and remembering what those combos do in the middle of combat -- or often several actions in advance -- then this is not a class for you. It's noted in the LOTRO wiki that "the Warden's gameplay mechanics owe a debt to Tekken as much as to any Elf-lord."
Per the established method, the theme this time was "grey" and "space," so I used Welsh to come up with Serenniwil, or literally "star fog." Don't look at me like that. I think it works just fine!

The following is a basic summary of the creation process and some of the things you'll encounter when you start out in LOTRO with a Warden and/or Elf. 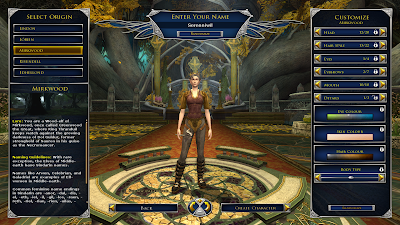 We've discussed the Elf race before, so there are no surprises this time. If you want the in-depth rundown of everything, you can revisit the first class entry about Glasbren the Elf hunter. 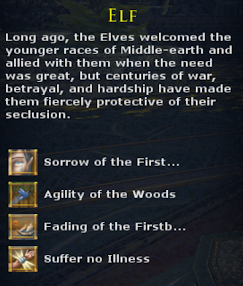 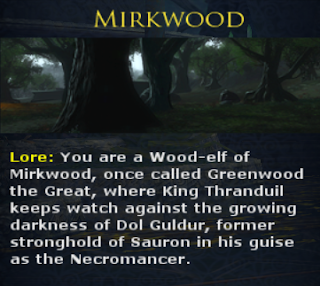 When you take a look at everything a Warden does and is capable of, and how they execute their talents, it's no surprise that the class comes in as the least favorite of all simply because of its difficulty for the average gamer. That isn't to say that newer players can't enjoy the class, but it's going to be a very demanding experience and those players may not find themselves welcome in group content unless they know what they're doing. How a player plays their Warden can make or break a fight!
The easy explanation for the class mechanics is that you are using "builder" skills to create combos for different effects. These combos are called Gambits, and they range in size from 2 to 5 builder skills. The icons that result from the builder skills are Spear, Javelin, Fist, and Shield. The various combinations and order of the builders is what creates the different Gambit effects. It sounds difficult (and it can be), but the game starts you off with just a handful and builds your list of available Gambits as you level up. It will also eventually give you skills that auto-fill your first two builders for faster execution of longer Gambits.
We'll talk more about that another time! 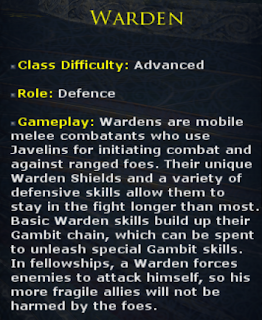 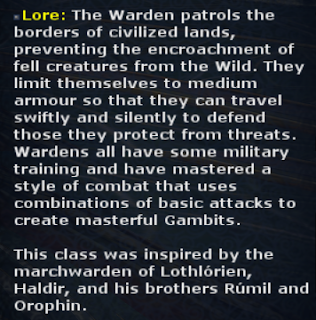 We won't dwell on this Intro. By now, between the first time we played Elf and then also the Dwarf, you know what happened at Edhelion and how it plays into your character's beginnings in the game. For a refresher, you can revisit that entry about Glasbren the Elf hunter. 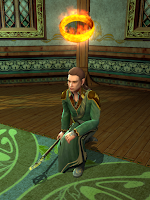 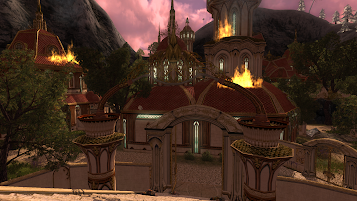 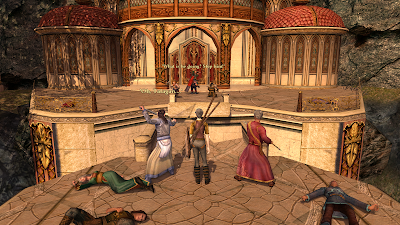 The Warden class starts with what looks to be just a few skills, but because of the Gambit system turns out to be quite a variety. To start, there are two Stances available: 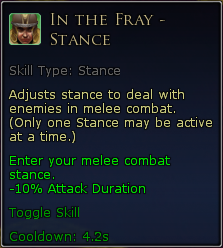 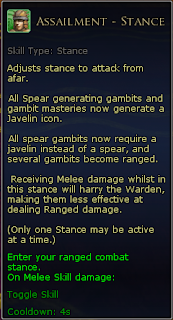 Marked Target: This skill lets you choose a single target and will weaken them significantly to your ensuing Gambits. Great for wearing down a tough foe from a distance when you initially attack a group.

These are the 3 builders you start with (which are slightly different depending on your Stance):

And once you have at least two icons in your Gambit panel, you use the Gambit Default skill (or the button on the panel itself) to execute whichever Gambit you have built.

That is the very basic explanation. I'm sure the hardcore Warden players are potentially frothing at the mouth because of how I have dumbed it down, but it is what it is! If I can help someone understand it this way, then that's what I'm going to do!
So to recap: Pick the Stance, mark your target if it's a tough one, then use two or more builders to create Gambit combos. When a Gambit is ready, use the Default button to execute it and watch your enemies fall down before you! If that doesn't make sense, you are given a manual in-game you can read which explains things a little better.

When it comes to picking a Trait line for Warden, it's pretty easy. Your Blue line is for when you have a Tanky role, your Red line is when you are needed for your DPS, and Yellow is when you focus on ranged damage and supporting your friends. 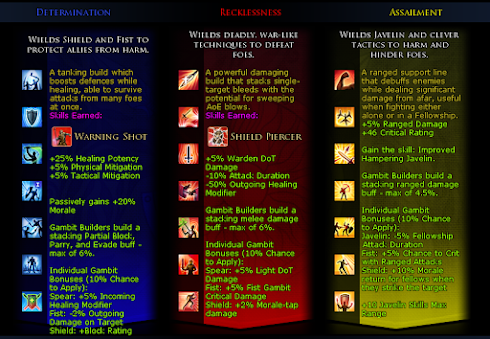 You can read up on the Trait Lines here:
Determination (Blue) | Recklessness (Red) | Assailment (Yellow)

You've got this. It's the same as before -- sad elves, struggling dwarves, spooky undead hijinks, betrayal, and events set in motion for you to become the hero everyone needs!

You will be deposited in Celondim once you finish the Instance at the end of the Intro, and it shouldn't take you very long to find a groove in your Gambit execution. If you're struggling, it's okay. This isn't an easy class and nobody is going to fault you for being imperfect at it (unless you claim otherwise, then it's entirely on you!).

You can see what Gambits are available to you by looking in your Skill panel. This is a great way to learn what they can do and practice them on training dummies so that once you're in hot water you know how to get yourself out of it. And don't forget that in-game manual I mentioned -- give that a good read before you toss it! It is basically Gambits for Dummies and may help you understand something I haven't conveyed clearly in this entry.
That said, I will probably have an entry later on in the series that discusses Gambits in greater detail -- and I'll probably recruit some skilled helpers to make sure it's accurate and easy to understand!

Warden trainers offer recipes for Scholars, Weaponsmiths, and Woodworkers to make oils, shield-spike kits, battle hymns and carvings. They also sell oils, shield-spikes and carvings directly, and offer the requisite class quest items I have yet to discuss. We'll get there soon, I promise, because this was the last of the introductory class-focused entries!

I leave you with some pictures of my Wardens! Show me yours on Twitter with the hashtag #GamerReverieBlog! 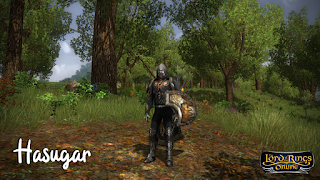 Did you miss the series? I did! Now to catch up... 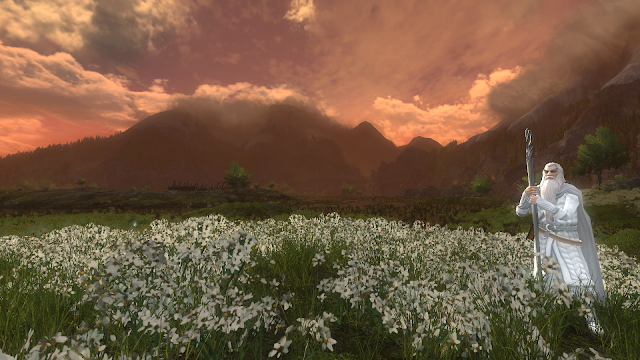