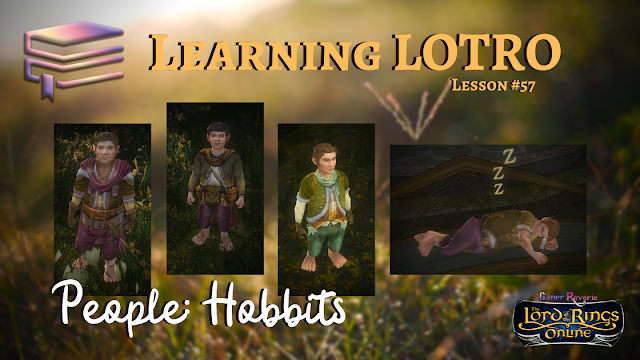 Welcome to a new sub-series of Learning LOTRO: People! I'm not the biggest fan, but we wouldn't be here enjoying The Lord of the Rings Online if we didn't have an unexpected journey first -- so in this entry we will be discussing Hobbits! I took an extra week to make sure I had some of the best pictures and accurate information to share, so I hope you'll enjoy this brief collection of the basics for those who maybe haven't read the books or want to understand them better! 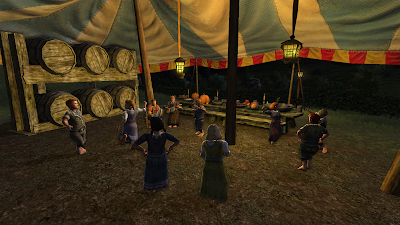 I debated how best to fill in this section of the entry. Hobbits are described in a variety of ways throughout The Hobbit and The Lord of the Rings trilogy, but the very BEST description came from Tolkien himself as he described himself in a letter:

"I am in fact a Hobbit in all but size. I like gardens, trees, and unmechanized farmlands; I smoke a pipe, and like good plain food (unrefrigerated), but detest French cooking; I like, and even dare to wear in these dull days, ornamental waistcoats. I am fond of mushrooms (out of a field); have a very simple sense of humour (which even my appreciative critics find tiresome); I go to bed late and get up late (when possible). I do not travel much."

He does not say whether or not he had curly hair on the tops of his feet or if he strolled around barefoot, but he paints a nice picture anyway. I think all of us can relate to one or more characteristic of Hobbits! Add in six meals a day, of course. Have you had second breakfast, yet? 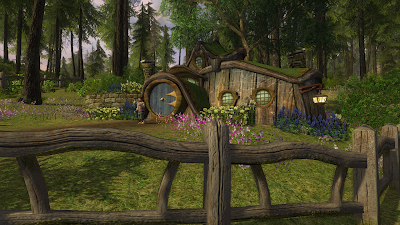 These were the 3 types of hobbits that originally lived along the Anduin and would eventually travel to settle other lands like Bree-land, Dunland, and the Shire:

Harfoots: From the lowest slopes of the Misty Mountains, the most common type of hobbit with browner skin and shortest stature, and the first to move into Eriador, eventually to settle around Bree and the Shire.
Fallohides: The least numerous, these hobbits were fair-haired and tall (for hobbits). They preferred the woods, coming from the woods under the Misties. They had ties with elves, being more adventurous than other hobbits. Prominent families like the Tooks and Brandybucks were of Fallohide origin. It was a pair of Fallohide brothers -- Marcho and Blanco -- who gained permission from the King in Fornost to settle the land that would become the Shire.
Stoors: The second-most numerous, these hobbits were the last to move into Eriador, coming from the marshy Gladden Fields. They were stockier with an affinity for water, preferring to live near rivers and use boats -- making them the only hobbits that could swim. As referenced in Unfinished Tales, this is the group which Déagol and Sméagol (Gollum) came from.

Hobbits first came onto the literary scene in The Hobbit, the story of which Tolkien claimed he started out of the blue in the midst of grading student essay exams, writing down the infamous starting phrase on a blank piece of paper: "In a hole in the ground there lived a hobbit."

There is an abundance of information about hobbits to be found in the body of that first book, and additionally in Prologue and Appendices of The Lord of the Rings, fleshing out details for readers who wish to delve beyond speculation without bogging down the main story. You can also find more nuggets of information in Unfinished Tales and Leaf by Niggle (a short story found in Tales from the Perilous Realm).

A simple folk who love a simple life of farming, eating and socializing. Adventures are frowned upon. They have large families (Bilbo and Frodo being exceptions to the general familial structure). They give presents to others on their own birthdays (in the Shire, anyway). They regift old and useless objects which they call mathoms, often storing them in museums of a sort (mathom houses).

Every calendar year starts on a Saturday and ends on a Friday, with each month being 30 days. They live in hobbit holes (smials) built into hillsides.
If you've ever considered living "off the grid," you might be a hobbit...

By the end of the Third Age, and as represented in LOTRO, you can find hobbit settlements in the Shire, Bree-land, Enedwaith, and the Wells of Langflood. Originally, they were all along the Anduin, sandwiched between the Misties and Mirkwood. 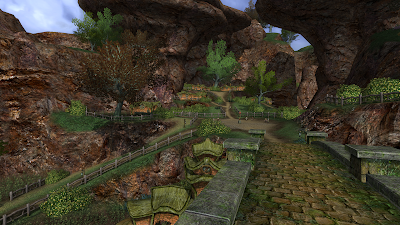 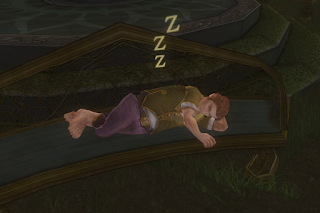 While not my favorite race to play in LOTRO, hobbits aren't my least favorite either. The Shire is not the most riveting place to begin playing the game largely in part because it is just a simple setting of farms and country folk. It isn't as novel or fantastical as elves or dwarves.
For some information about what it's like to start playing LOTRO as a hobbit, you can check out my entry about the Burglar Class.
At present, there are only 5 classes available to a hobbit character: Burglar, Guardian, Hunter, Minstrel, and Warden. I've only ever had a Burglar or Hunter hobbit... but it's kind of hilarious watching hobbit Guardians tanking raid bosses!

Who's your hobbit? I'd love to hear about them and why you enjoy the race!
Share your hobbit character pictures and tag me @spottedsnark on Twitter! 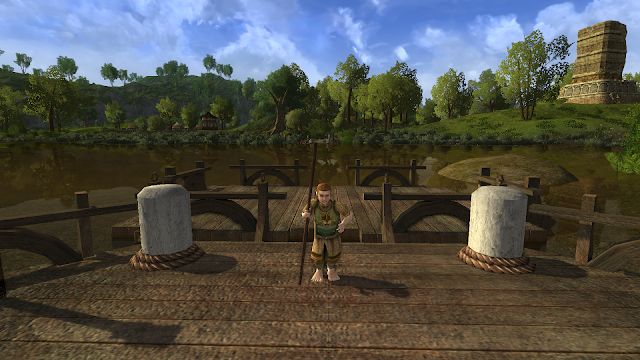