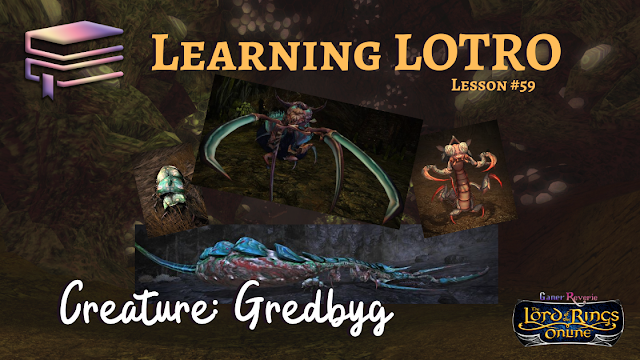 It's time to discuss another Creature in Lord of the Rings Online, and it may just make your skin crawl: gredbyg! Mostly found underground, the gredbyg have spread far enough to sometimes be found aboveground as well. Ranging anywhere from placid puppy-sized beetles to battle-ready warriors and bloated queens the size of draft horses, this entry will cover the basics about these bugs in Middle-earth! 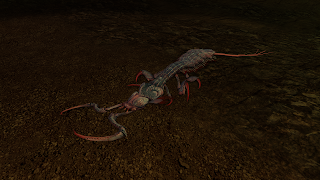 Gredbyg are large insects who call the depths of Moria their home. The hatchlings resemble beetles or pill bugs and are the size of a small dog. They don't seem to care about anything or anyone around them unless attacked. A full-sized grodbog looks like a cross between a centipede and a mantis, having long pincers they will use while reared up on their back half, willing to attack anything aggressively. The hive queens are typically large and bloated.

Sorry, no lore here outside of the game! These are just a mob type to fill a need/gap in the MMO style of the game. Every MMO needs a variety in order to keep things interesting, as well as to offer enemies with different strengths and weaknesses.
If you're looking for a damage type to do the most damage to gredbyg, you'll want Beleriand -- it is effective against spiders and insects, as well as half-orcs and ancient evil. 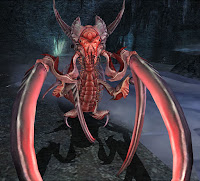 While there isn't much that indicates as much structure as other creatures, we can surmise from the population presented to us through the game how gredbyg are ordered.
Hatchlings, Larva and Labourers are the busy little harmless bugs who focus on the menial tasks in a mindless way, not even concerned about a threat until they are first threatened.
Spitters, Warriors and Defenders have a variety of attack capabilities which they use to protect a hive, labourers, and queens. They're highly aggressive and will rear up (sounding very much like a whinnying horse) to be imposing and give themselves reach with their scythe-like pincers.
Queens, Spawners and Matrons are the ones who brood, and usually stay hidden unless provoked or threatened. You will know them immediately because they are bloated and come at you like a freight train. You will often squish scores of labourers and warriors before setting your eyes on a queen. 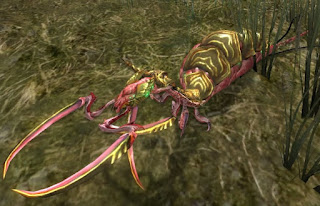 Gredbyg are predominantly found in Moria, having become prolific there ever since the dwarves were run out. The game lore states that Brúmbereth, a grodbog queen, walked the tunnels of Moria back in Durin's day but kept clear of the dwarves. She is a final boss in the 6-man Skûmfil instance.

Because of their ability to grow in number during the dwarves' absence from Moria, they are also found in Great River, Rohan, Dunland, Eregion (Delotham), Iron Hills, Mordor, and the Morgul Vale. 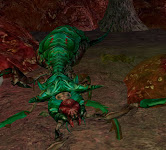 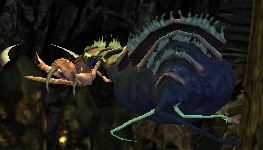 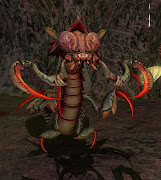 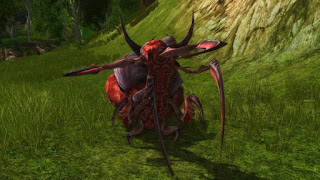 Are you a fan of these bugs? Let me know in the comments or tag me @spottedsnark on Twitter! 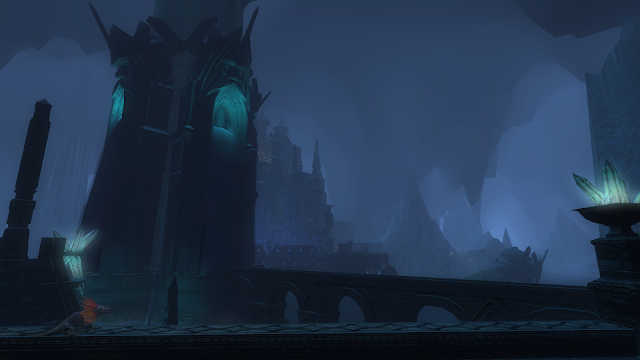